More diving with our friend Kyriakos Dikelas and his crew in Southern Euboea's waters (see http://www.diveinevia.gr/). We visited Galani Reef, next to Mandili Island (aka Mandilou, or Kamandelo - from the Venetian "Cavo Mandelo"). This is the most southern territory of Euboea, a rocky island with an old lighthouse located just off the southern tip of Euboea (off Cape Mandelo). The straits between Euboea and Andros are known as the Straits of Kaphireas (or the Cavo D'Oro Straits) they are notorious for their strong winds, currents, wrecks etc. Mandili island is now an easy 30 min zodiac ride from Karystos - but waters are usually rough espcially in summer - so you need a good day. We got one! The place has amazing visibility and a real feeling of wilderness. On a good day - the deep blue has a 30 m plus visibility - and the prospects of seeing some big fish are usually high also. Galani Reef is a sea mount-like structure rising out of the deep blue - to just 2 meters depth. The reef head's light-blue colour is a fantastic light aquamarine and this gives the place its name (galani = light blue).

A few years ago, in 2009 Mandili was included in Mount Ohi's Proposed Protected Area expansion, and its is now a Special Protected Area (under the EU's Bird Directive) and protected under Greek law in the Natura 2000 network. Protection on paper is not enough, but it is a beginning. The place is important: Audouin's Gull colony, Eleanora's Falcon, Mediterranean Shag, Shearwaters, Monk Seal and Sharks. Of course it is poorly explored, as is much of the underwater Aegean.

I'm posting some of Kyriako's photos from our trip and some of mine and Aris' will also appear soon. (Also the first shot I procured from an internet search because I did'nt have a proper out-of-water landscape of the island - few have photographed it....)

Visit with Kyriakos, dive here, get involved.
This place is worth it! 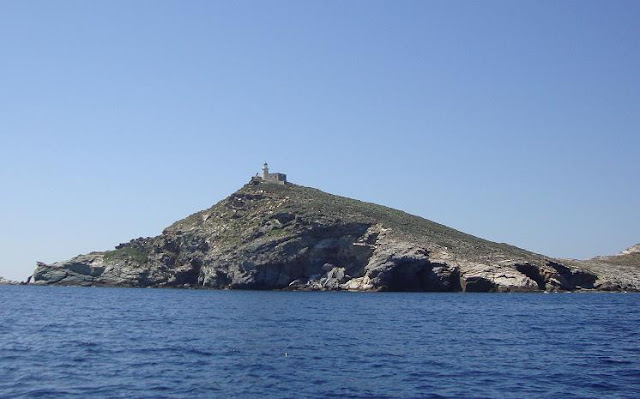 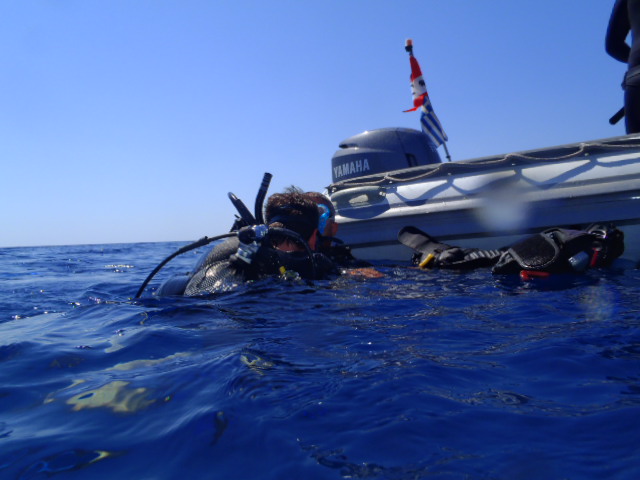 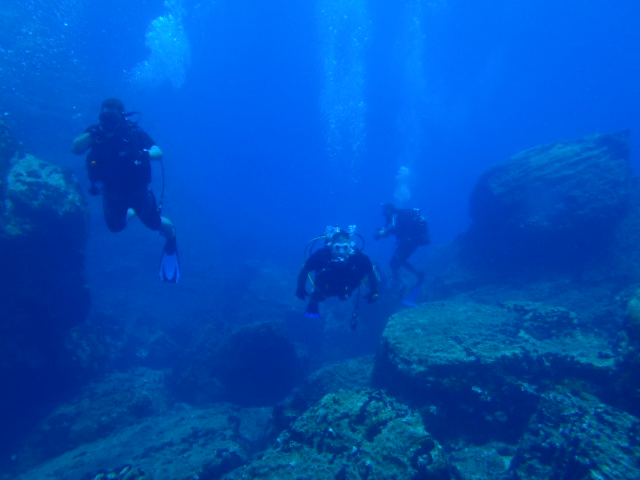 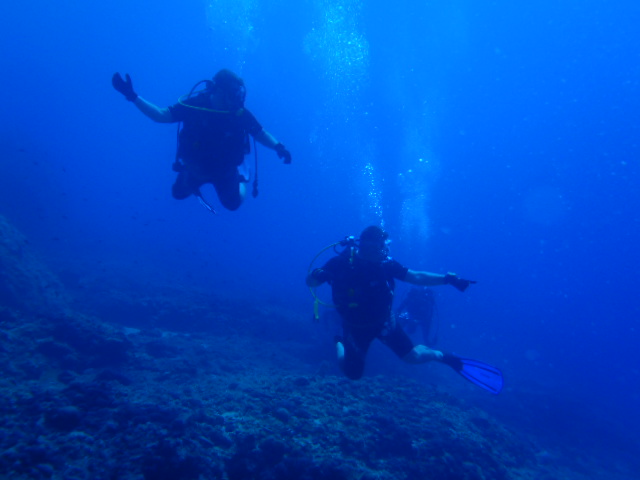 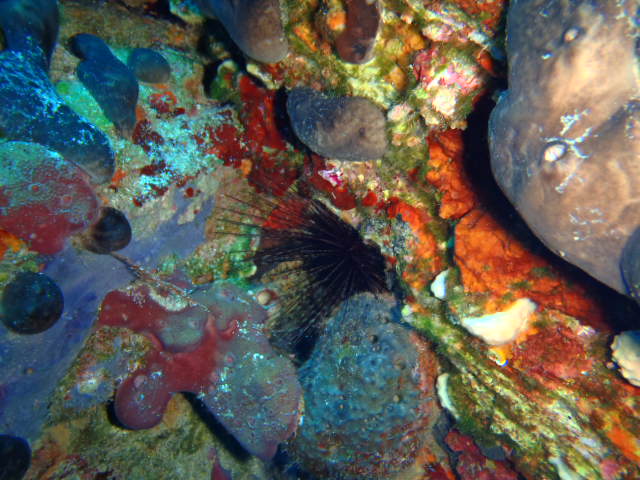 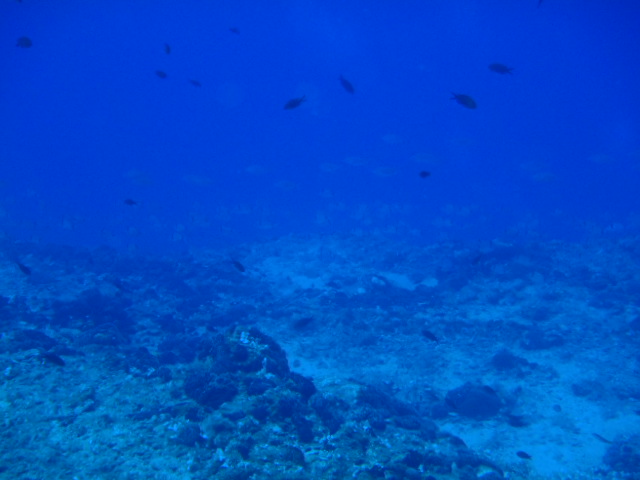 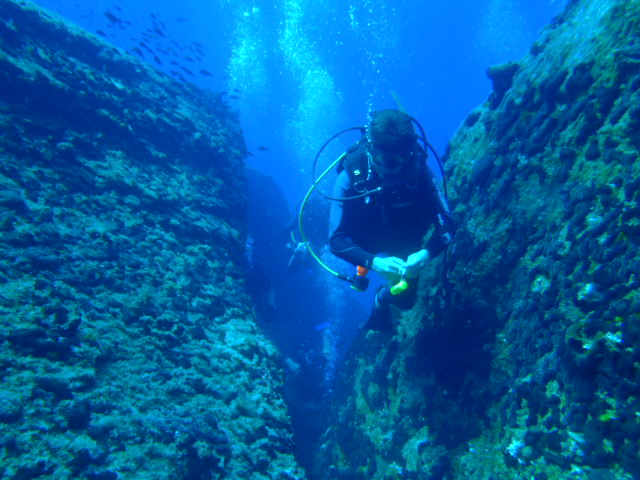 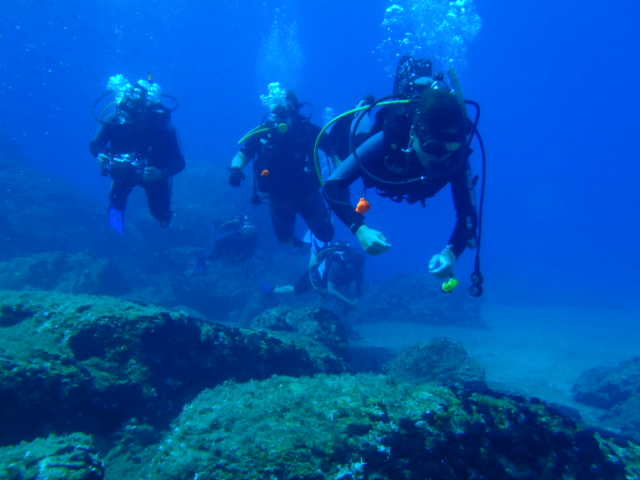 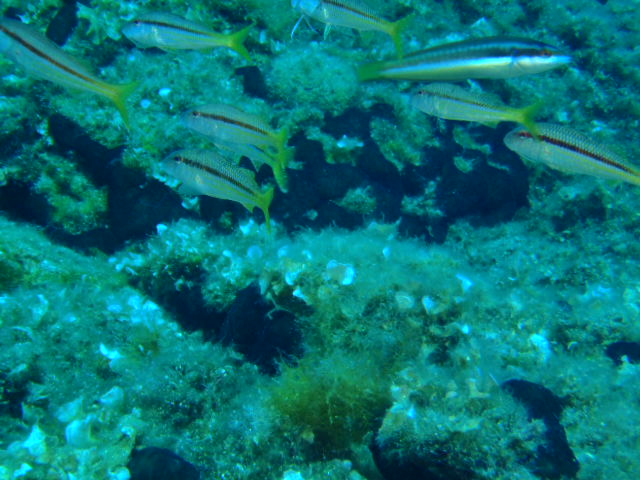 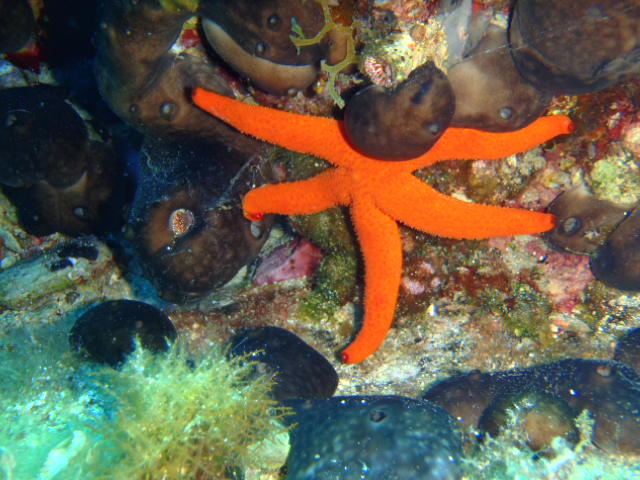 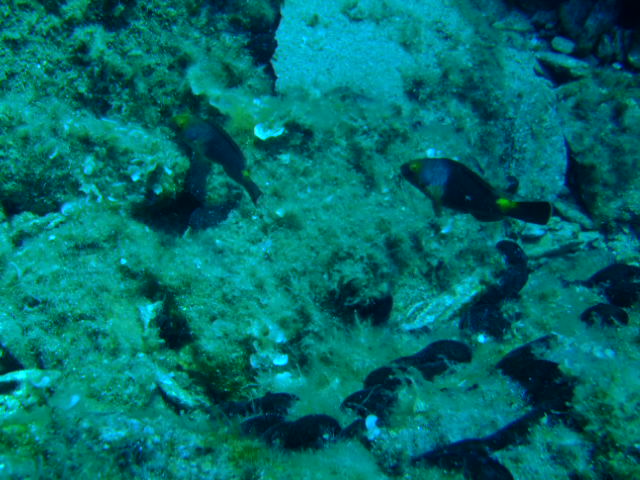 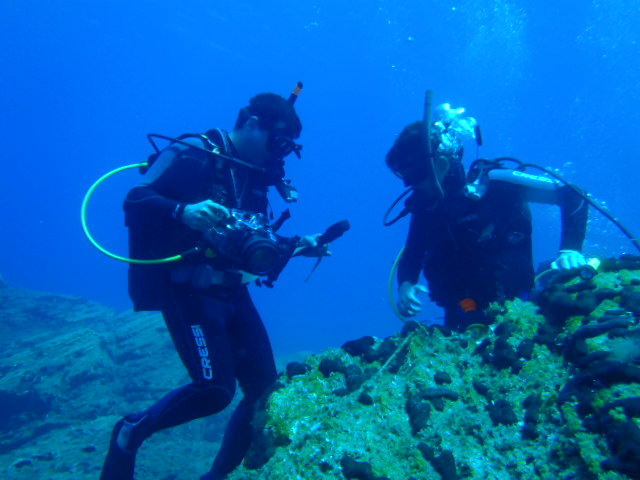 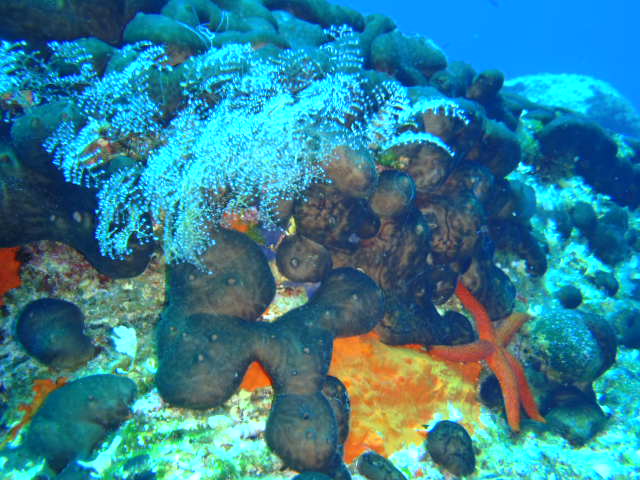 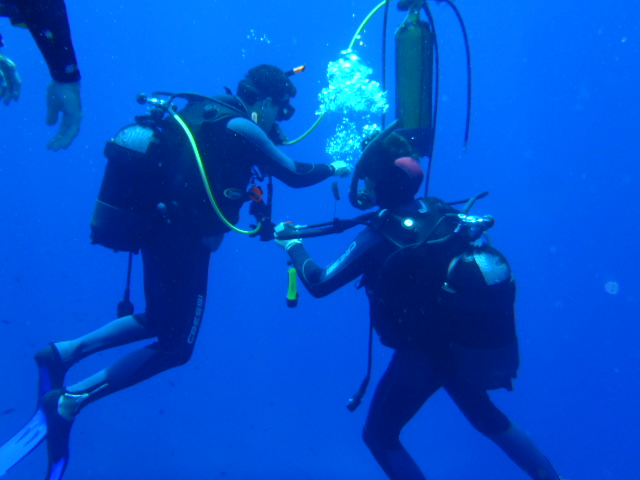 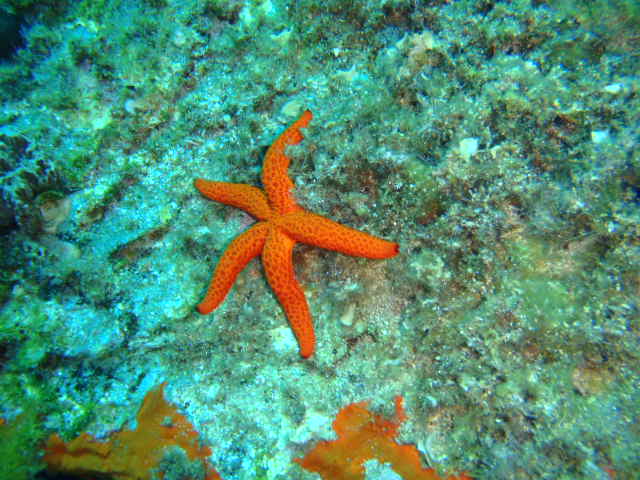 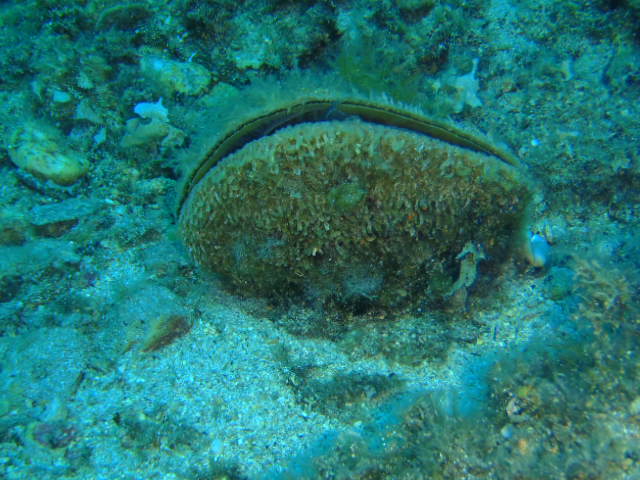 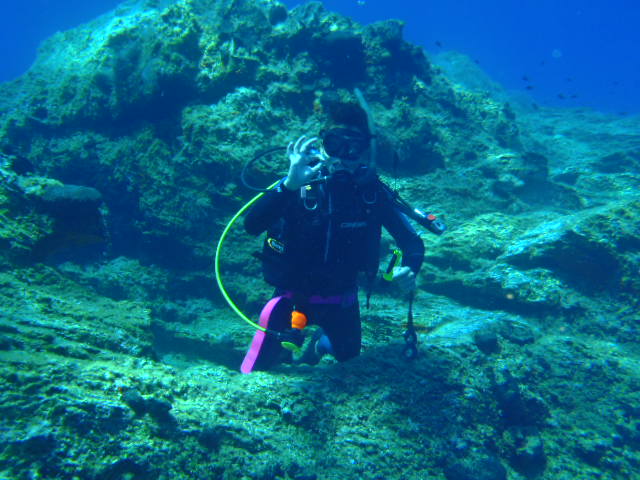 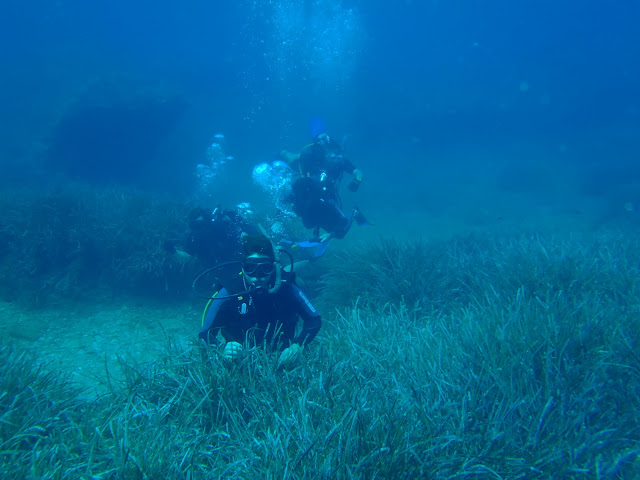 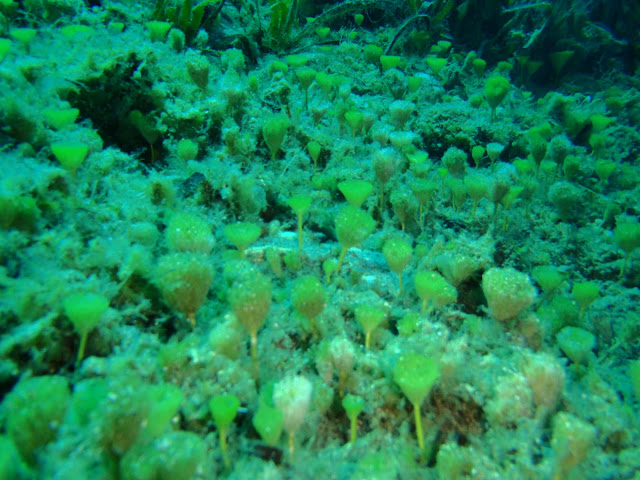 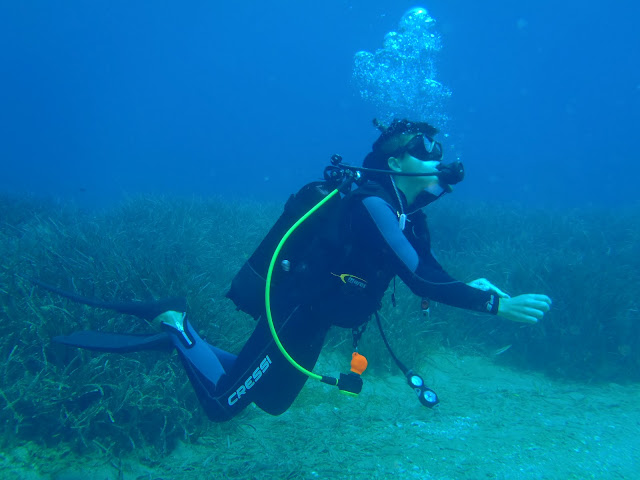 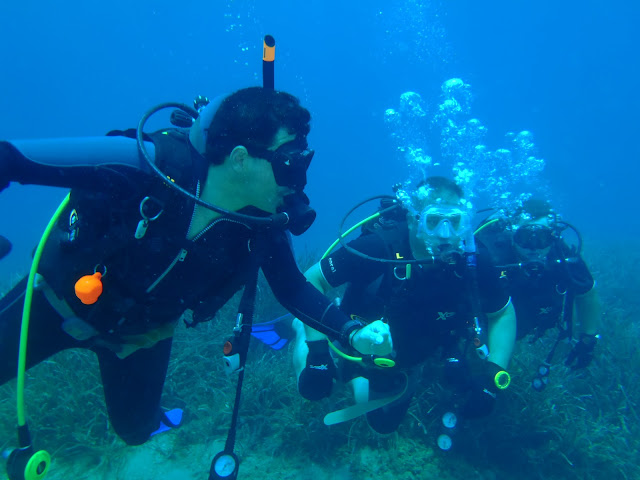 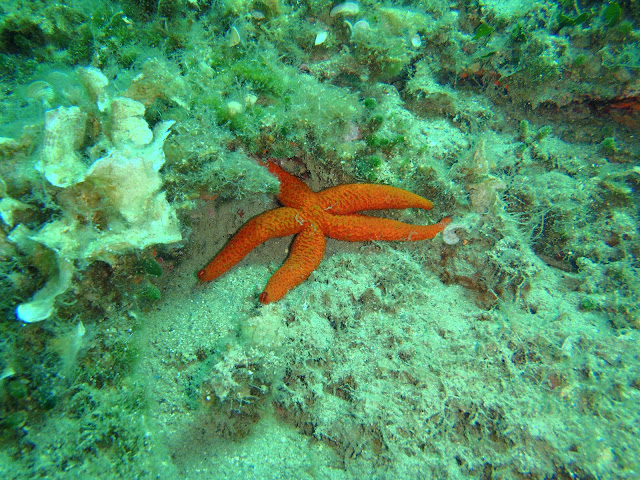 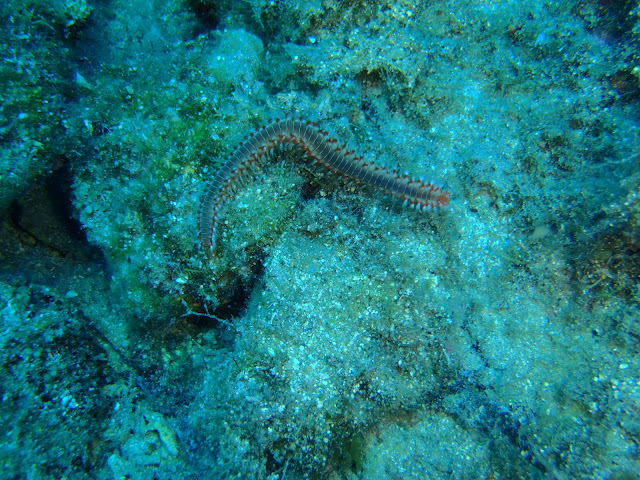 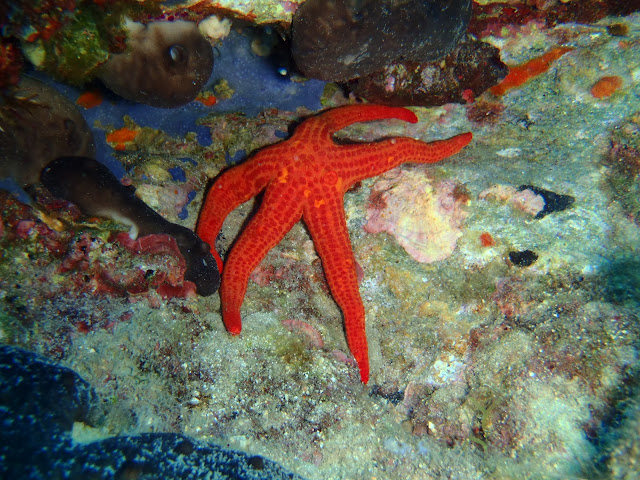 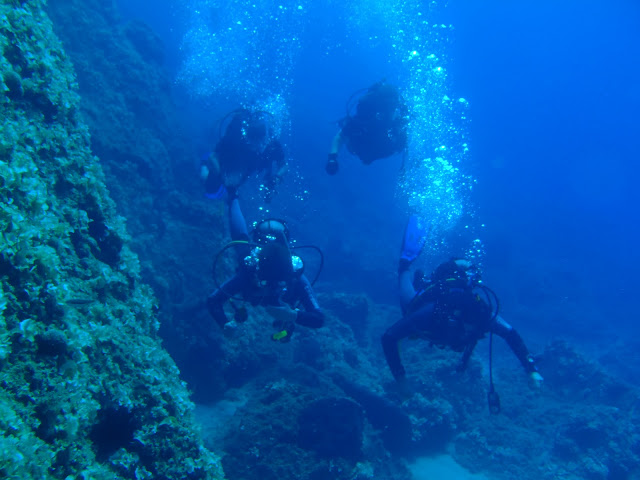 Samos, one of Greece's Asiatic islands - the closest one to Asia Minor. Its a unique part of a European country - but its not European in its nature (Anatolian flora, chameleons, jackals, Cypress forests, fascinating insects, Ruddy Shelducks...). The place is not really an island- almost. Its like a peninsula, a unique strait 1.5 Km wide separates Samos from Turkey's Mykali Peninsula - or Dilek Mili Park (...known until recently as one of the last haunts of the Anatolian Leopard in Turkey).  Last time I was on Samos I was enchanted, that was back in the summer of 1995. Also in 2000 I worked on the Special Environmental Study to create a sort of a National Park in the NW part of the Island...not a success story. Its interesting for me to discuss some of the changes, the general feel this year.

In 1995 I were amazed that a place like this still existed. Especially, wilderness mount Kerkis, the Seitania beaches in the Northwest coast. Also the inland waters - summer flowing streams on Karvouni near Mytilinaioi village and the wetlands at Alyki on the Mykali Straits, and around Pythagorio. It looked and felt fantastic - a naturalist's dream. Also a place with great incentive to save nature in the name of ecotourism.

In many ways the island is still exceptional for biodiversity in Greece. And there is still plenty of potential there. However, many things did not go very well. These are some of my initial unstructured thoughts about the conservation situation on the island:


We saw very little wildlife - it was windy and quite hot most days. There is a lot of nature but you don't easily see it in summer: small groups of Eleanoras Falcons at Pyrgos village; A Beech Marten popped up next to the road on a night drive; locals talked of Monk Seal on the South coast; many streams were bone-dry; and it was obviously not flowery.

I would never visit Samos in mid-summer as a holiday destination or even an ecotourism base in summer. However, it was beautiful and rather quiet.... this summer its not the large number of "mass tourists" that bothered me - some say numbers are down by 60% this year....  It is just the typical mess of a coastal Aegean "tourist island" and the bitterness I feel when I think that it could be "much much better" here.


Certifying field workers and volunteers in Electrofishing. With the help and step-by-step guidance of our friend and great teacher Bill Beaumont from the UK's Game & Wildlife Conservation Trust we created our first ever seminar for Electrofishing Certification in Greece. Our first graduates were 15 persons primarily from HCMR (Hellenic Center for Marine Research). I had no time to post details earlier and I mean to upload more pics as soon as possible since this was a real eye-opener for our team.

The seminar was a three-day exercise at a wonderful hotel near the Aroanios tributary of the Ladonas at Kleitoria in the Peloponnese. On Day One we arrived at noon and later begun a Health & Safety session with field practice in the early evening. On Day Two we had a full day of lectures and certification exams. Finally on Day Three we toured nearby rivers and focused on field protocol issues. We tested various electrofishing equipment, including land based generators and different back-pack  machines (generator ground-based, Smith-Root Backpack, European Backpack units). We also had in-field discussions on recording protocol and field form details. On the final day before leaving the hotel we had an extended question-answer period on all themes. It was a great chance to organize a pilot seminar session and I hope we can do this again someday.

Its important to mention here that this project was supported by the Hellenic Ministry of Enviroment and Climate Change and EU funding of Greece's WFD Monitoring Programme. Field coordination for the seminar was undertaken by Ms. Sofia Giakoumi. And many HCMR members helped in various ways. We thank Mont Helmos Hotel in Kleitoria for all assistance and fantastic seminar conditions, high-tech class-rooms, pool-side campus atmosphere etc. etc.

We especially thank Bill Beaumont of GWCT, and Smith-Root for all support so far!

This blog is about conservation science, natural history and nature travel. It is a personal blog aimed to broadcast events and experiences. If you would like more information please make contact with the blog's editor at: zogarisATgmail.com

Stam Zogaris
Athens, Attiki, Greece
You are welcome to spread the word. Disseminate the knowledge in this blog but please give credit to the author and source in a scientific matter. If you use an article or photo please credit as follows: Zogaris, S. (2013) Samothraki Natural History. Athens Nature Journal posted 28.08.2013. Accessed 16.09.2013 at http://zogaris.blogspot.gr/2013/08/samothraki-island-natural-history.html Thanks!